So much fake history evidence piling up! Especially when you consider how many western states in North America have lavish State Capitol Buildings that seem to have stood there for eons, yet conventional history tells us they were built not that long by the settlers who arrived in wagon trains and eventually by rail. 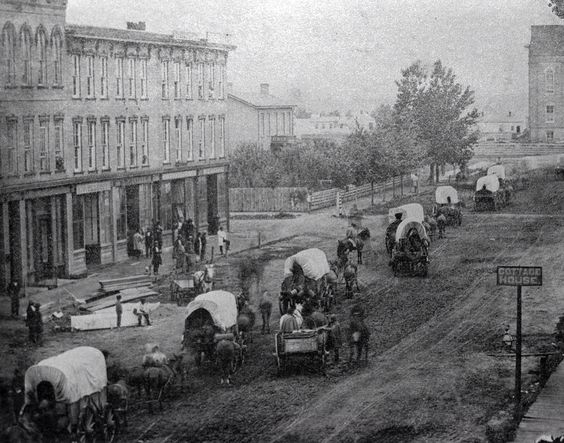 Then they had to either import these lavish materials or set up mining and forging facilities from scratch.  It is hard to imagine fresh settlers focusing so much money and labor on such extravagant palaces just for their legislators to conduct business!

Of course, the construction pictures typically show only minor modifications (usually needs a new dome) and general refurbishing — the masonry is already in place and the Fiddly Bits are already attached.

The cornerstone of the Iowa State Capitol, more commonly called the Statehouse, was laid on Nov. 23, 1871. It was dedicated on Jan. 17, 1884, and completed around 1886. This is the fifth building to house the state government. The almost palatial decoration, inside and out, contrasts sharply with its function as the seat of a rural, republican government. However, such a structure was in keeping not only with contemporary architectural enthusiasms, but with people’s pride in their system of government and a belief that its workings should be respectfully housed.

So the official history already has contradictions, the date on the cornerstone is two years later. Just to give you an idea of the scope of this project given the history of Des Moines up to this point, here is their official time line for this city…they had a major flood in 1851:

The winter of 1850-51 was extremely wet, leaving the town of Fort Des Moines a muddy mess, and the ground completely saturated prior to the Spring rains. On January 14, 1851, a few months before the great flood, Arozina Perkins noted “This is the greatest place for mud I ever saw– I have waded thro’ it for several days.”

In May to July 1851 much of the town was flooded. “It was during the month of May in this year [1851], that occurred the greatest freshet. The Des Moines and Raccoon rivers rose to an unprecedented height, inundating the entire country east of the Des Moines river. Crops were utterly destroyed, houses and fences swept away. Farms were covered with drift-wood and other debris, so that the entire work of the season was lost”.

“The damage done to the farms in the river bottoms was immense. Some were stripped utterly of their fences; fields under cultivation were washed into ruts by the violence of the water; all hope of a crop for one season being destroyed, not only by what was carried away, but by the debris which was left by the subsiding of the river. It was almost impossible to estimate the losses. Roads were rendered impassable-bridges swept away-the mails stopped, and traveling by land to any distance utterly vetoed. Houses were carried away, mills damaged, timber floated off, and all manner of mischief done by the flood.” J.M. Dixon blamed the flood for a temporary decrease in the population of the town. 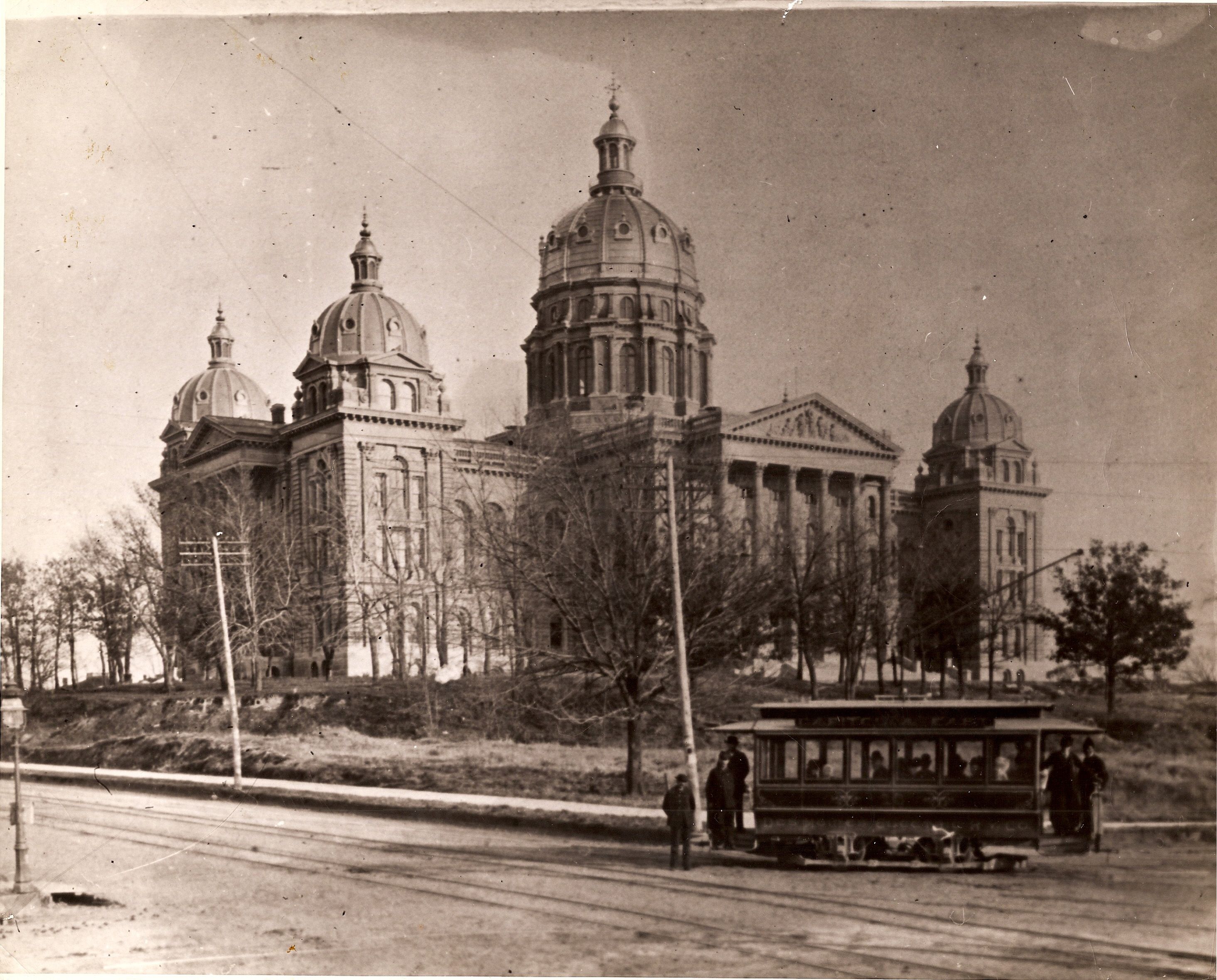 It is also interesting to note the vegetation around these supposed construction sites, it is not uncommon to see mature trees close enough to the building to have hindered construction. After the building is completed these large trees usually disappear and are replaced with smaller trees. Also, as landscaping progresses, plazas and stairways are added (or uncovered) that already look quite weathered with age. 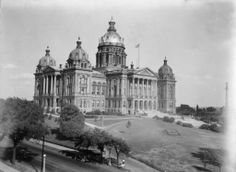 Note the writing on the postcard states that the Des Moines State Courthouse was built at the cost of $3,000,000 and was one of the first State buildings in the US. Really?

That spurred me to check out the historical record and the results were quite astonishing. Just selecting the US State Capitol Buildings from the list that resemble the grand architecture in Des Moines, this is what I find:

Obviously, the person who wrote the postcard was being told a lie, the Des Moines State Capitol was the 15th of its kind to be erected. And how impressive is it that Americans managed to construct all those classical buildings in just 147 years? Did they all cost millions? And how did Sacramento get a Capitol Building before Des Moines? 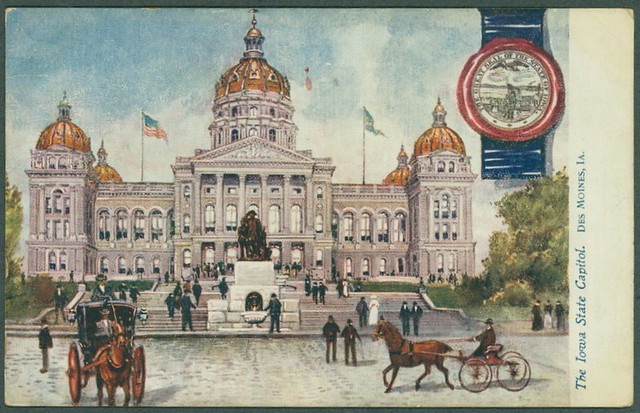 The next area of focus is evidence of a mud flood. This includes “basement” windows underneath ground level and steps leading up to the main entrance of what could have originally been a second story level. Obviously this building was on a high hill, but it still has some of these features. If my mud flood theory is correct, this area would have been flooded in mud before the settlers arrived in 1850 and the fields around it would need to be stabilized. 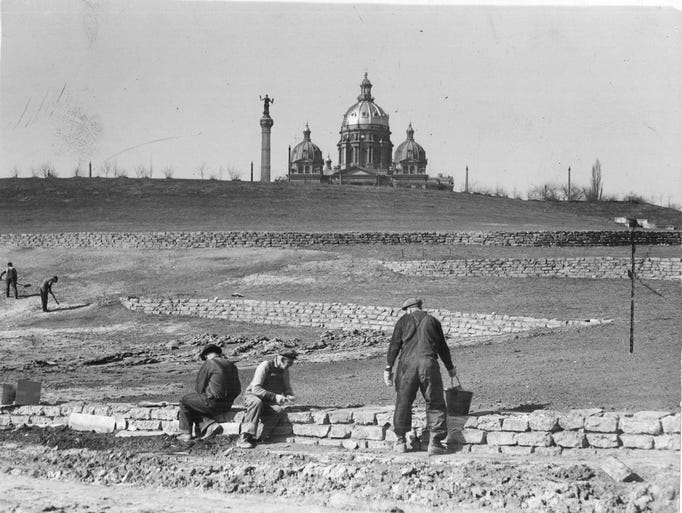 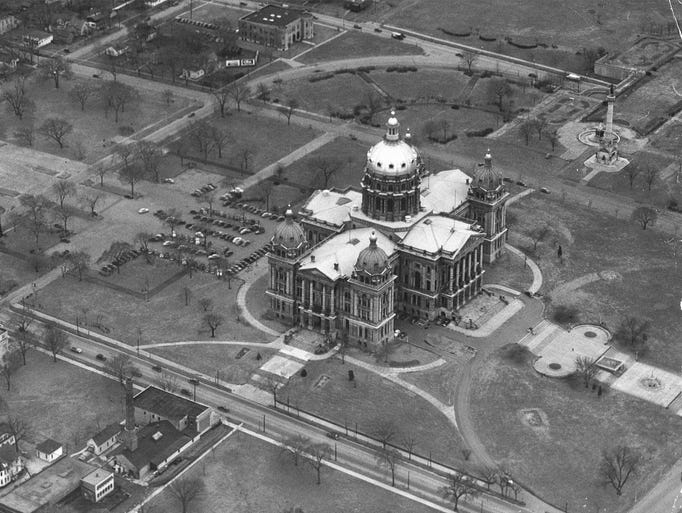 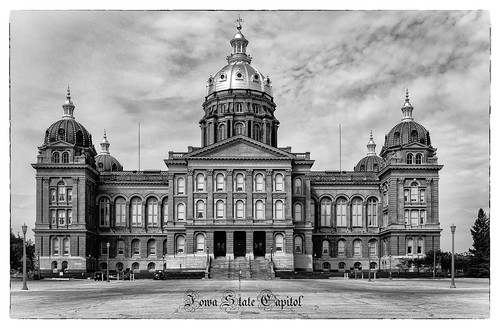 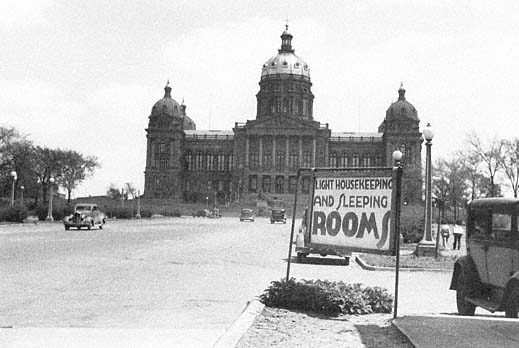 Is that a cannon? 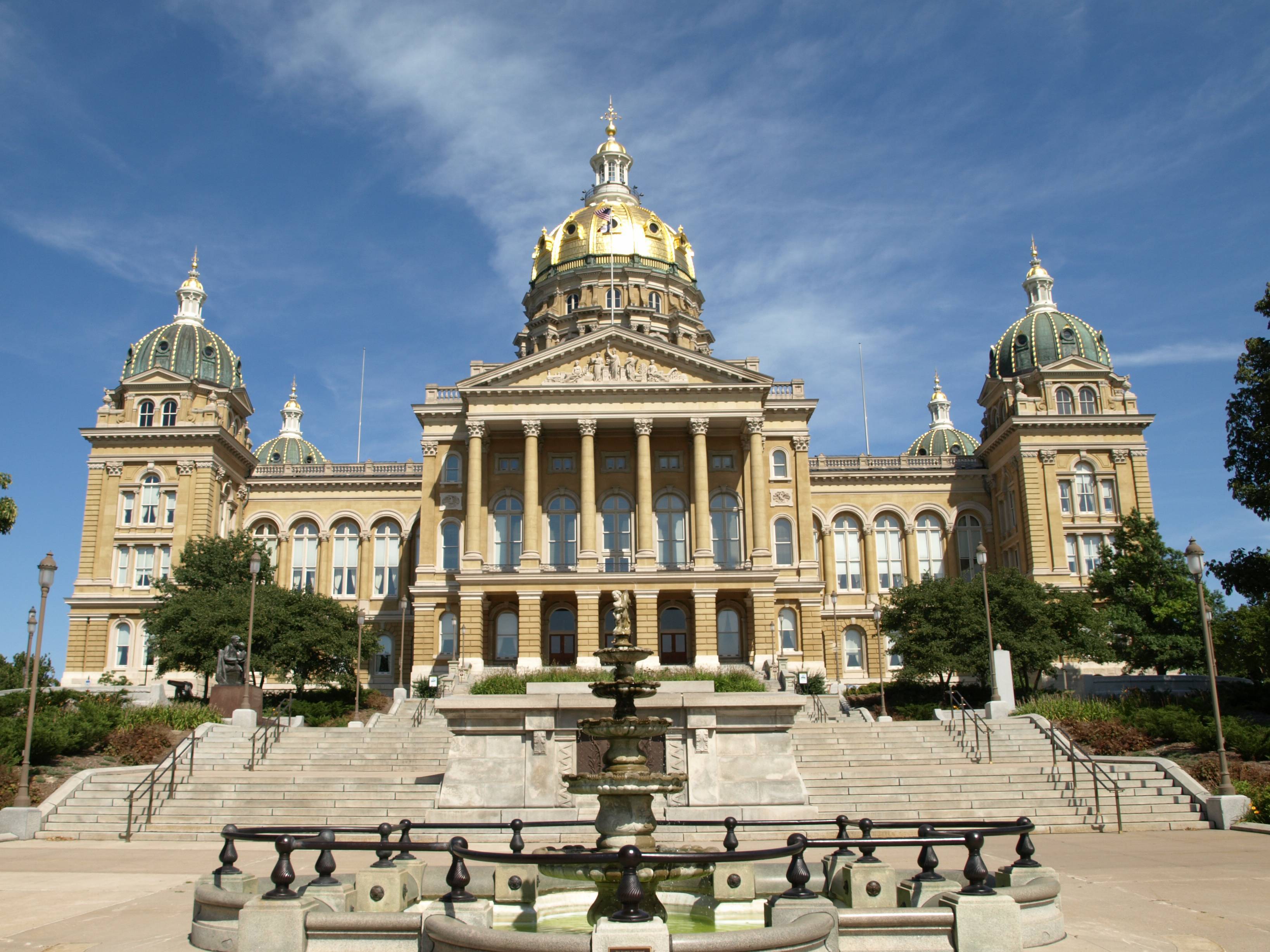 An architect who recently posted about his visit to the Des Moines State Capitol on a forum about skyscrapers  regarding American State Capitols remarked that the original entrance is now sealed shut and you must use other doors. He also commented that:

The building is a gem, but it’s also in a rather crappy location with regards to the rest of the city: a mile east of downtown amongst a huge park surrounded by government buildings and then the rather gritty, industrial southeast side.

Just in case you were wondering, here is what it looks like on the inside: 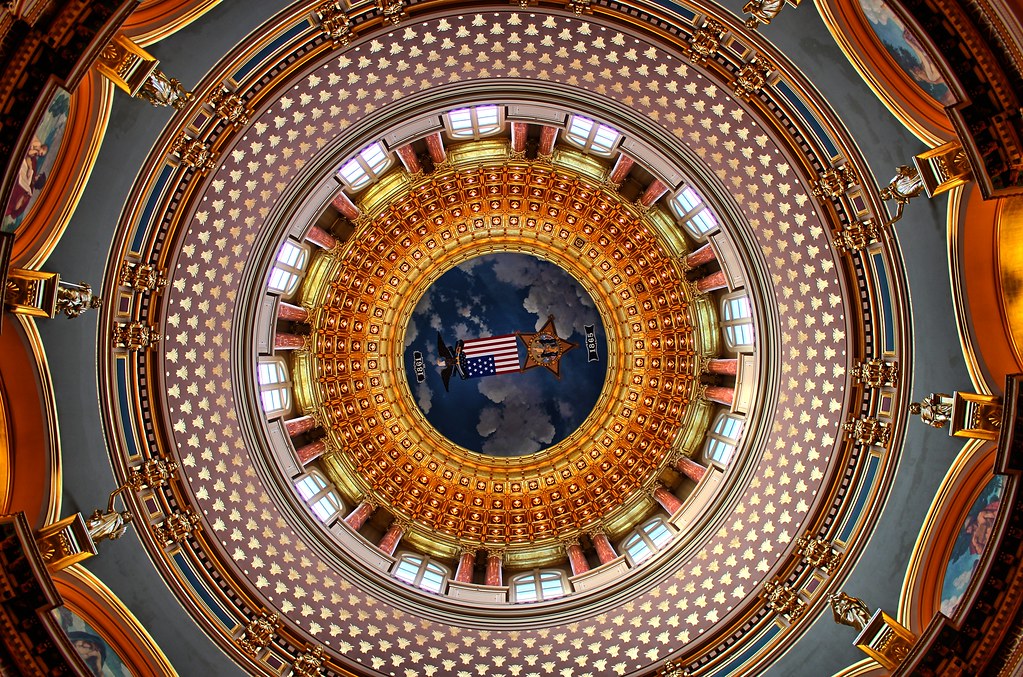 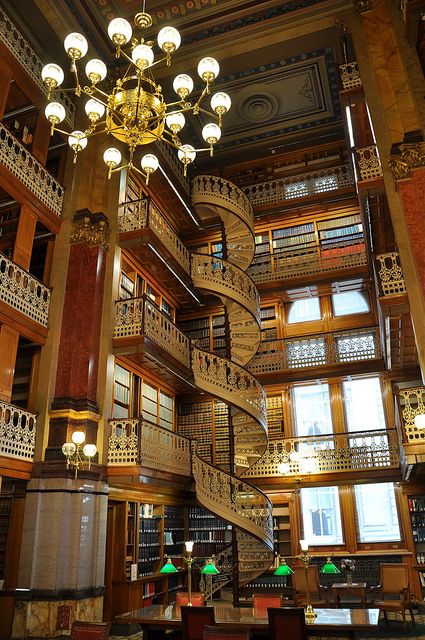 Oh, and while we are in Des Moines, must give a nod of appreciation to this Old Empire beauty, the Victoria Hotel, with all the mud flood and antiqi-tech features! 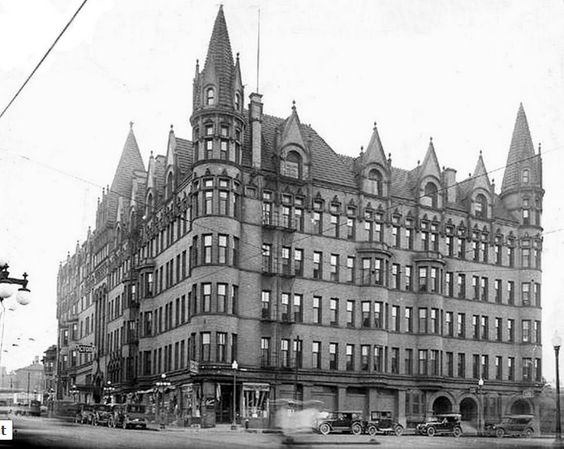 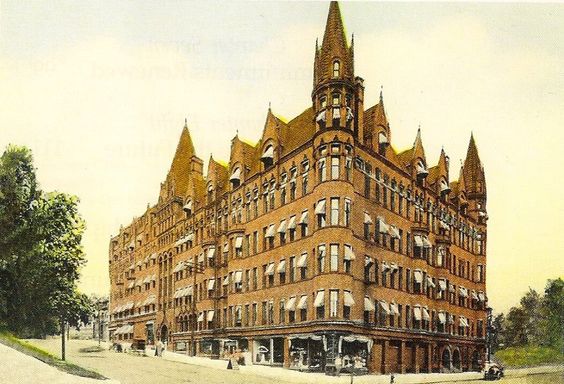 But she seems to have lost a whole back section now!

Once again the official narrative crumbles to dust the minute you start asking the right questions ~ So, the quest continues, let’s see what other lies we can uncover!

Not only have they distanced God in the infinite universe by devising the Copernican system but even added a thousand years to History to distance the Christ from us towards the myth.
If anyone wants to contribute to my research to restore the truth, you can make a free donation “Contribution for the revision of History“.
Paypal link:
paypal.me/1000years
More info:
Create your website with WordPress.com
Get started
Loading Comments...
%d bloggers like this: